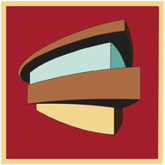 ﻿HIGHLIGHTS OF 2015
This top set of photos is the new arrangement of photos for a year. We may be able to add some dates later.
SET 28 - MARCH 31, 2015
The Home School Explorers visited Spring House and were so much FUN!  They asked lots of interesting questions, did two art projects, and the children discovered iris blooming that we've never seen bloom at Spring House before!  It was invigorating, rang with laughter, a running visit!  Thank you and please come again HC Explorers!  Clifton must have been in 7th heaven!  Photos courtesy of Byrd Lewis Mashburn.
SET 27 - FEBRUARY 28,2015
Spring House Institute hosted an event with St. Francis Wildlife Association on a cold rainy day and the people came out!  Thank you everyone who attended this awesome event in such bad weather!  We had a great fire in the fireplace and people were comfortable.  Tours of Spring House were given by SHI board members, Pat Posner, Seth Coffin, Frost Burke, Mary Byrd Sims and Byrd Lewis Mashburn.  Sarah Stewart Lewis, Clifton Wren and Stella held the entrance table.  After the tours were completed, Sandy Beck, Education Director from St. Francis brought six birds of prey that she cares for and with the help of two volunteers from St. Francis, she gave a detailed teaching on these beautiful Lake Jackson neighborhood birds.  Truly an event to remember!  Mr. Thomas Moody, and his wife Marjorie attended. Mr. Moody is the last living person who helped build Spring House.  Pete Winter, of Winterstone Productions filmed a high def interview with Mr. Moody the next week at Spring House.  It will be included in a documentary of the preservation process of Spring House.
SET 26 – JANUARY 31, 2015
Spring House Institute hosted our 2nd Annual FOSH Party for 2014 Friends Of Spring House!  It was a pretty afternoon, and a cool last day of January.  Some people arrived early so those who hadn't visited Spring House before could see the house in daylight. Their visit got us off to a great start as other people began to arrive.  3/5ths of Two Foot Level brought their great acoustic music to the supportive and encouraging FOSH, and SHI members who attended. We had a grand fire in the fireplace, the food and drink were awesome, and we thank Ramsay Sims for being our perfect barkeep!  Thank you ALL for making it an interesting and fun evening for everyone!  We appreciate your continuing support for this important project and for attending our THANK YOU Party!  Photos courtesy of Seth Keys Coffin and Byrd Lewis Mashburn.
SET 25 – January 24, 2015
Spring House Institute hosted a workday on the grounds for the third year, fourth event, to dig the very invasive coral ardisia; this year we added nandina, English ivy and Japanese climbing fern. Ardisia is a problem all over Tallahassee.  We all learned from the experts! Karen Berkley headed the whole event. She recruited Evan from six State Parks and St. Mark's Trail, Chris and Kei for Lake Jackson Indian Mounds State Park, Brian from Nature Conservancy, Bob from DOT, Mike and Keith from FNPS. It was a good time to learn about it for a group of hard working students from IDSO, an interior design student organization at FSU led by president Rebecca. Okeeheepkee neighborhood was represented by Cheryl, and Martha and Jill came and worked in the nandina patch.  The sun came out at lunchtime, and blue skies were complete by afternoon! Thank you for your great help everyone!  We have a truckload of ardisia, nandina, English ivy and Japanese climbing fern to be burned or deeply buried at the landfill this week.  Seth and Avery built SHI its first bench on the trail! Photos courtesy of Rebecca Thompson, Mary Byrd Sims, Karen Berkley, and Byrd Lewis Mashburn.